What to eat in Oristano

Varied and rich and diverse delicacies, Oristano’s traditional cuisine, bound to both farming traditions and to the sea, is a true explosion of flavors and fragrances expressing all the might of the history and culture of Mediterranean populations, which over the course of millennia and over generations, have allowed Sardinian culinary tradition to be enriched with many contaminations.

Oristano puts on the table ancient recipes with modern interpretations, as well as dishes which stayed unchanged in time, tasting of sea, earth and freshwater, with those flavors telling us of their distant origins.

The breeding of sheep and fine cattle breeds such as the Sardo-Modicana, a slow food presidium, is the creator of ancient recipes with the scent of myrtle and wild herbs.

Cereal cultivation has given bread key importance in nutrition, both for its qualities as a food and for its ritual significance, as with pasta.

The sea and the large pond in which Oristano is tightly located gift local tables with timeless delicacies, such as the Bottarga di Muggine, originated from Cabras and famous worldwide.

And the sea breeze contributes into giving Oristano’s wine their peculiar minerality that makes them stand out.

Food tells of the territory of Oristano in all of its many historical peculiarities, with the experience of sitting at the table being equivalent to travelling in time, through the quality of products, their traditional preparation, and the unique taste of these dishes.

The main first course of the cuisine of Oristano are the Malloreddus alla Campidanese, Sardinian gnocchi made with durum wheat semolina and water, seasoned with sausage sauce and sprinkled with Sardinian pecorino.

Cheese is also the protagonist of the square-shaped Ravioli from Oristano, offered in different variations: with ricotta and spinach, with fresh cheese or with potatoes and saffron.

From the peasant tradition come the second courses based on red ox meat prepared roasted on a spit, boiled and embellished with wild herbs. Another popular dish is the sheep roast, but also the hen with myrtle, cooked with fragrant sprigs of myrtle, and the Su Ghisau, a stew with various types of meat. 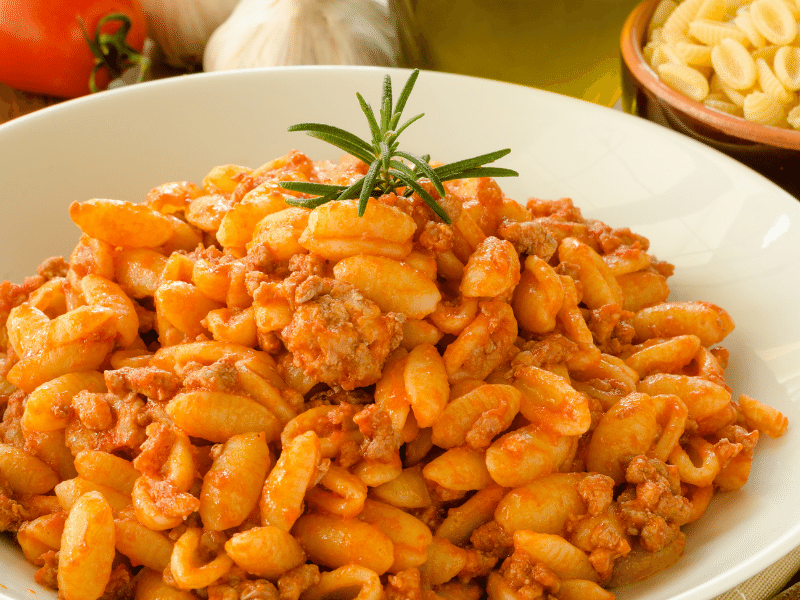 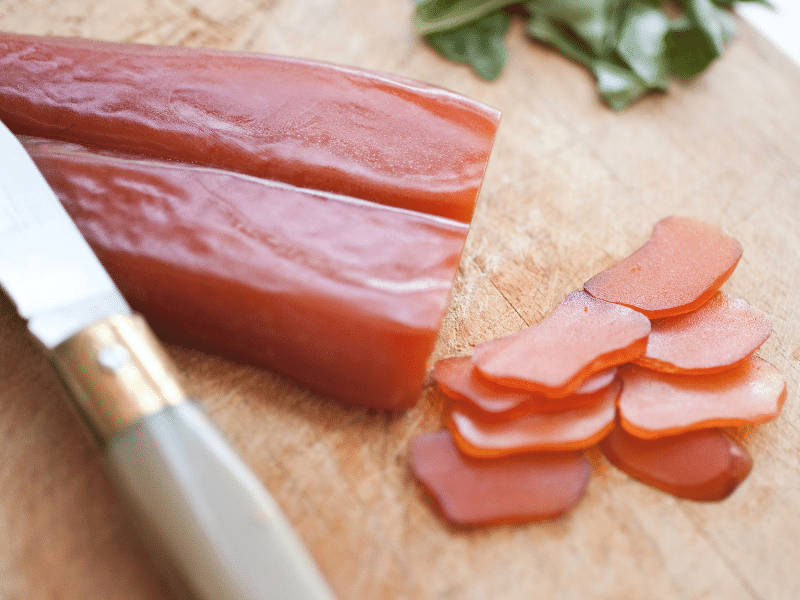 Mullet is a fish that is never absent on the tables of Oristano, and one you should definitely taste during a visit to the city, from its more classic roast cooking, to the original fried dish or the lighter stew recipe.

And from the salted and dried eggs of the mullet comes the Bottarga di Cabras, the queen of traditional local cuisine. Grated over the Fregola with Mussels and Arselle, a typical Sardinian pasta closely similar to couscous, the bottarga, with its sweet flavor and creamy texture, is an inimitable delicacy among all of our sea product.

Eels also find space among the typical dishes of Oristano, cooked on the grill and seasoned with bay leaves, or stewed, flavored with white wine and tomato.

Bread in Sardinia is not only a food with an exceptional nutritional value, given by durum wheat semolina, but it is a real ritual, one that has always marked the life of all Sardinians. As a matter of fact, it is used in ceremonies, such as births, funerals, baptisms, weddings, really in any religious and civil occasion.

Among so many different types of bread in Oristano, produced for centuries in traditional wood-fired ovens, the ones that stand out the most are Su Civraxiu, the daily bread that accompanies meals prepared with mother yeast, and Su Coccoi, hard bread shaped like a snail or a artichoke. It was the bread for the holidays, consumed on anniversaries and finely decorated, and today it can be found easily, with its crunchy crust and soft and compact crumb. 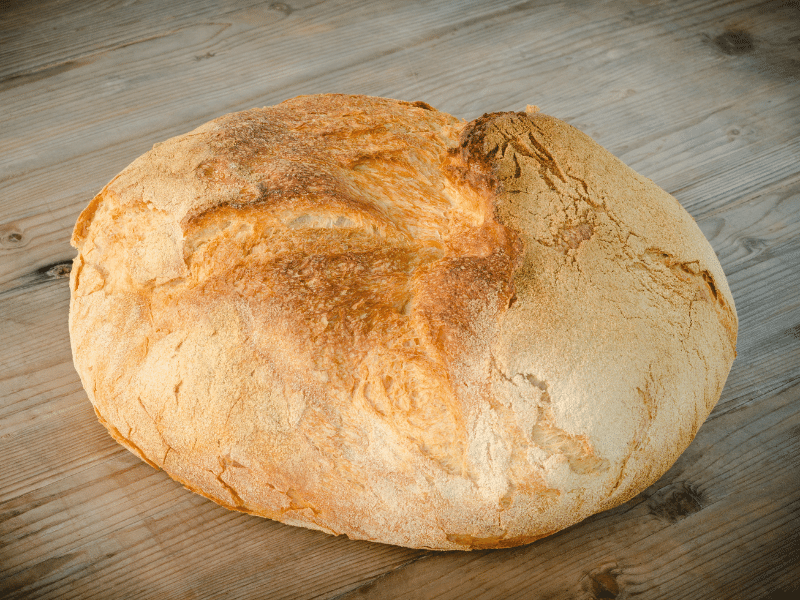 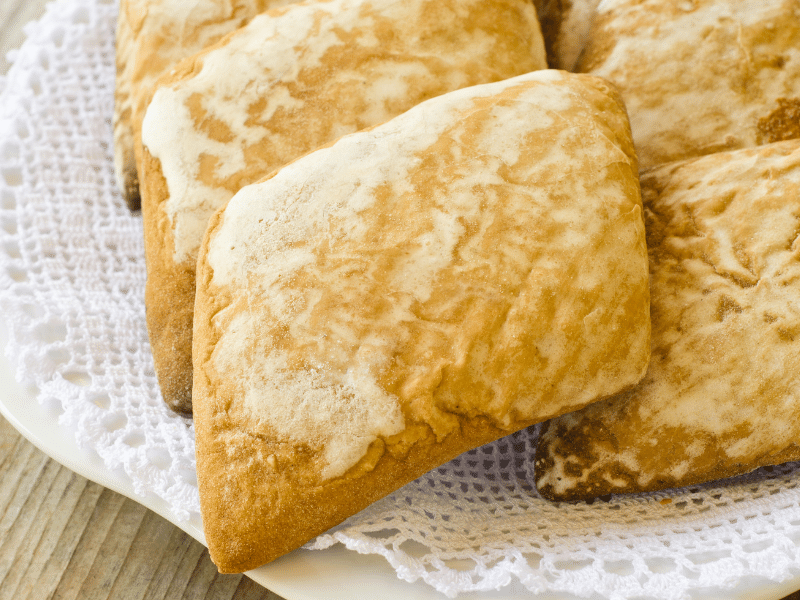 Among Oristano’s desserts, an honorable mention goes to the Mostaccioli di Oristano, a typical diamond-shaped dessert, prepared with a lemon and cinnamon-scented paste and glazed with a brush of cooked sugar, excellent to be enjoyed with a glass of Vernaccia. Another one of Oristano’s traditional desserts is the Capigliettes, delicious puff pastry boats filled with soft almond paste, decorated with fantasy motifs.

The Zippole, thin coils of fried dough sprinkled with sugar, are another traditional local recipe typical of the Carnival period.

The taste and history of fresh cheese is contained within the Seadas, flavored with lemon and honey, then wrapped in pasta violada, which is a thin layer of semolina and lard. This gives life to one of the most popular sweets in Sardinia.

In Oristano, viticulture occupies a prestigious position among the territory’s agricultural activities, and the wines produced are known for a quality which comes from the sea. The very same main ingredient of the Vernaccia di Oristano, a historic grape variety in Sardinia, the first one certified with a Denomination of Certified Origin (DOC) in Sardinia, a great white wine both by itself as an aperitif and combined with fish, with an amber yellow color and an aftertaste of almonds. It is also perfect for accompanying almond-based desserts.

The hinterland of Oristano is the production area of numerous other fine DOC wines, such as the Monica di Sardegna, the Arborea, the Mandrolisai and the Sardegna Semidano, all of them produced through the preservation of traditional techniques and experimentation with innovative methods. 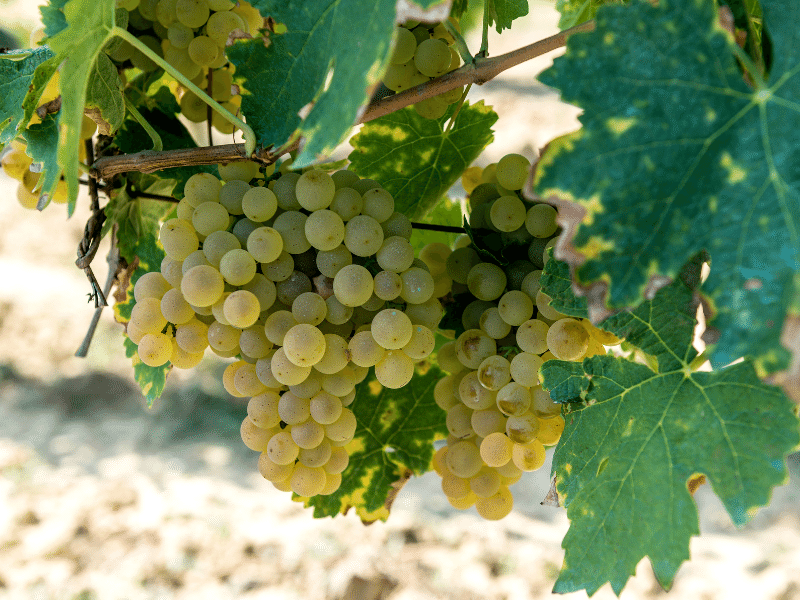