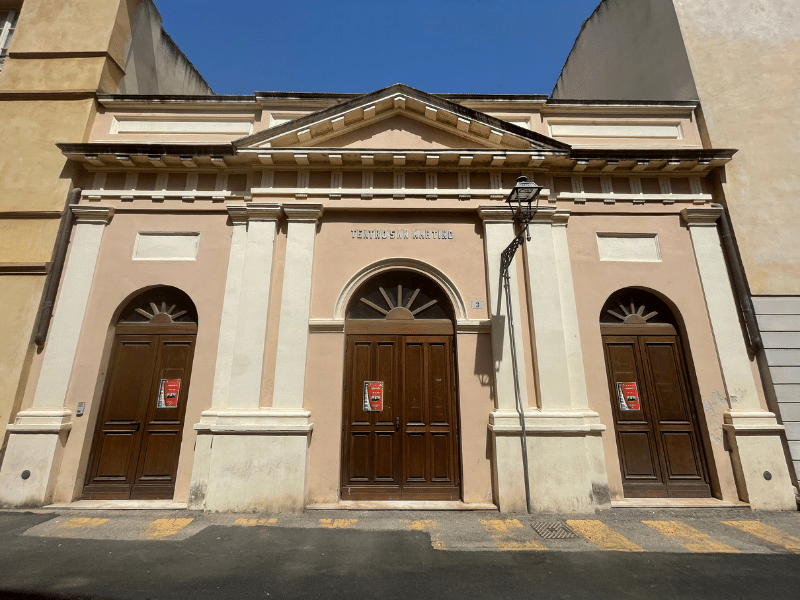 Inaugurated in 1874, the San Martino Theater is another architectural work in the city by Gaetano Cima, commissioned by nobleman from Oristano Enrico Spano. It is built in full neoclassical style, which gives it a very elegant appearance. Initially, only operettas, comedies and various shows were staged at the theater, but around 1922, with the advent of silent cinema, the theatre was restored and converted into a cinema until the early 1950s, when it was closed and used for many years as a simple warehouse, until its total decay. A few years ago, the Municipality of Oristano acquired this splendid architectural, artistic and cultural heritage of Oristano’s people, restoring it and making it available for exhibitions, conferences and musical performances.

The San Martino Theater was founded in 1874 by the will of a group of Oristano lords, led by entrepreneur E. Spano. It is possible that Gaetano Cima was involved in the realization of the project, as during those years, he was working on the church of San Francesco, the Corrias-Carta palace and other buildings in the city.

The style chosen for this theatre is neoclassical, one that affects almost all buildings in the historic center of Oristano built during that precise historical moment. The façade is marked by pilasters and lesenes generated from high plinths. A thin capital supports the frame of the order, which culminates with a tympanum. The walls are almost entirely in locally produced bricks, except for some structural reinforcement elements in refurbished limestone blocks.

The plan of the theater vaguely recalls a horseshoe, a solution allowing to both combine the needs of a modern theater, and to save the small space on which the building stands. A recent recovery in 2013 by the Municipal Administration allowed the theater to be back in operation, albeit with some free reinterpretation in its refurbishing. Indeed, precious details of the room have been lost, such as the four hundred velvet upholstered armchairs of the time.

Almost completely lost are also the stucco decorations created in 1922 by Oristano artist and decorator Francesco Serra, who managed to find a compromise between the neoclassical setting of the building and the Liberty novelties which had arrived in the city. Following these interventions, the theater is also adapted to the Liberty novelties coming from cinema, with the possibility of reproducing films.

The San Martino theater has had constant problems related to management costs, despite a discreet participation of the Oristano people in the many cultural events, theatrical performances, dances and concerts which were always organized in the hall. The building was definitively closed in the 1950s, becoming a warehouse. Today it hosts various kinds of events, most importantly exhibitions, presentations and promotional events. 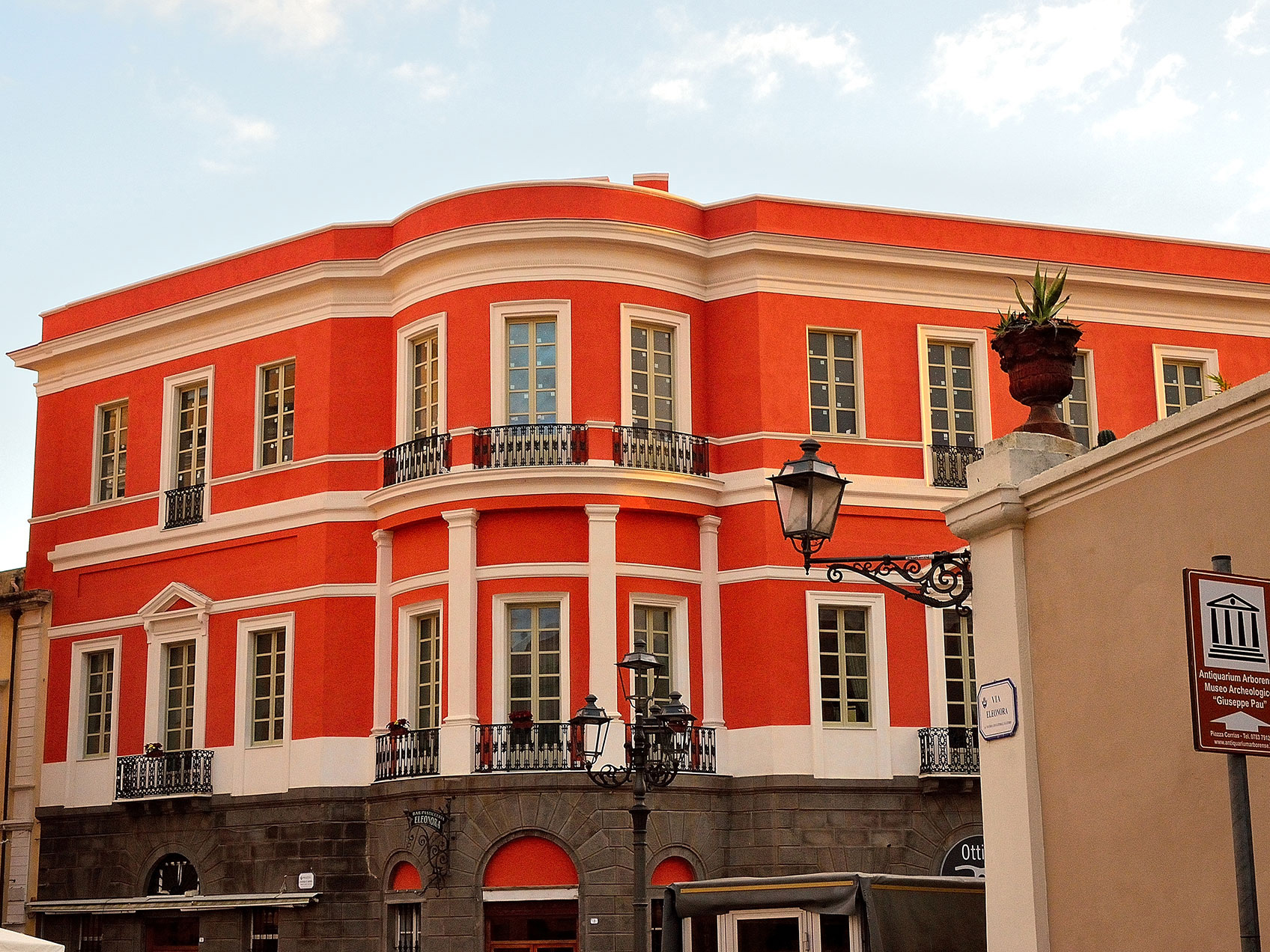 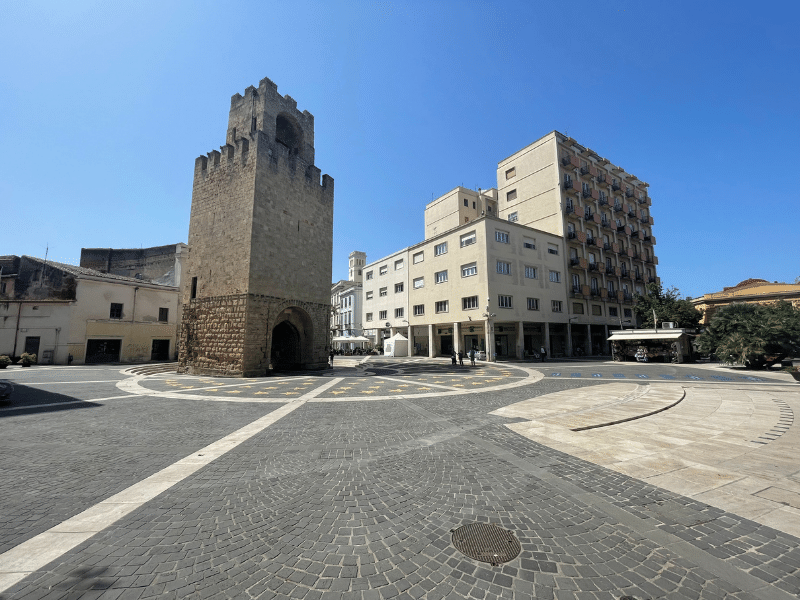 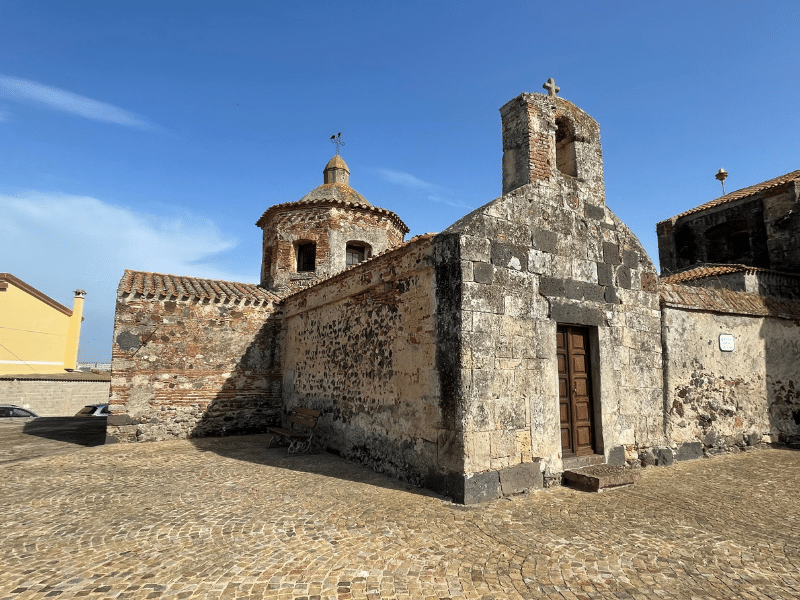